The fate of industrially farmed animals is one of the most pressing ethical questions of our time. Tens of billions of sentient beings, each with complex sensations and emotions, live and die on a production line. 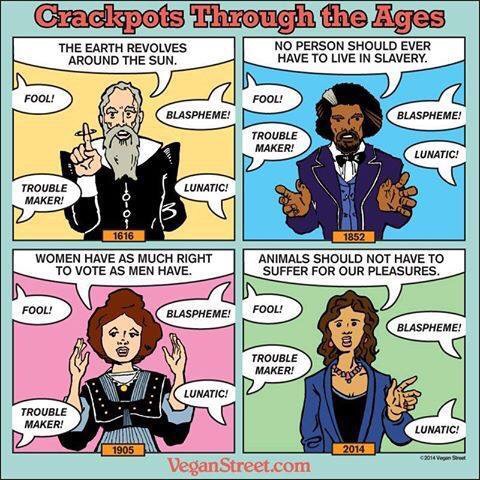 I, as a vegan, have a history back in time, and I’d like to tell it here on this blog. It may not sound very exciting, but hopefully it might be inspiring for someone who is at the beginning of her/his process in becoming a vegan. I have probably mentioned some of this earlier, but not everything.

My history begins long before I was born. It starts, as far as I know, with my mother’s maternal grandfather saying ‘being a butcher is the worst trade in the world’. He had a brother (possibly more, since he had about ten siblings) who was a Seventh Day Adventist, so his statement might have had something to do with religion. For instance, one of his brothers, the one who was a SDA (if the abbreviation is acceptable), once said ‘I don’t celebrate the feast of the pig’.

Of course he meant ‘the feast that is celebrated by eating dead pigs’ (traditional Christmas ‘food’ in Sweden), but what a wonderful world we’d live in if there really was a holiday celebrated in honor of pigs, seriously.

I should probably mention a bit about my maternal grandfather He didn’t like meat very much although once, when he was very old, he told me and my sister that ‘Jesus had lamb for easter’. My grandfather lived to be very old and that might have had something to do with his diet that didn’t include very much meat.

My mother made sure that my sister and I had plenty of vegetables and fruit, and since she practiced what she preached, unlike many others, my sister and I grew up positively craving vegetables and also fruit and ‘brown’ bread etc. I know that many people are trying to force themselves to eat this sort of thing, but we love it. Really. It doesn’t mean that we don’t sometimes get tempted by chocolate, desserts, sweet biscuits/cookes, snacks, vegan ‘junk food’ and so on. But fortunately, to us avocado and kale are just as tasty as chocolate.

When I was about five, I asked my mother what the difference was between the muscle tissue in my arm and the meat that was lying on our plates. Mom sounded a bit confused as if she’d never considered that before, but told me that there was no difference. That really made me feel terrible and disgusted. So we were actually eating stuff that was exactly like us! Unfortunately, it took me ten years before I could act fully on that insight.

In my early teens, I had a rabbit, who sadly died of cancer after only a few years. I noticed that she had a very sweet breath. We human family members brushed our teeth, using toothpaste so we had ‘chemically’ sweet breaths, but not her. She just ate vegetarian food. That made me think that I wanted to smell like that too. Soon I refused to eat meat.

My mother isn’t the sort of person who gets all hysterical over a decision she felt I had a right to make, at the age of fourteen. Instead, she and my grandmother adapted to my, and my sister’s, decision to go vegetarian. (My grandfather’s cooking talents went as far as cooking potatoes and what we in Europe call ‘porridge’, what Americans, as far as I know call ‘oatmeal’ and ‘semolina’. My dad could heat up the content of tin cans, that was it. So it was mom and my grandmother, and later on, my sister and myself who did the cooking in our family).

My grandmother once asked me when I would ‘start eating ordinary food’. I said ‘never’ and she never asked again, just started cooking fish dishes for us. A few years later, but unfortunately, by then, my grandmother wasn’t with us anymore, my sister and I stopped eating fish as well. That’s called being a ‘pescatarian’ nowadays, and maybe back then too, but if so we didn’t know it. What we did know was that after that switch, we were ‘ovo-lacto vegetarians’. That’s about where my mother stands today. She’s sometimes pescatarian (for Christmas, because of the dried fish) but otherwise mainly ovo lacto, almost vegan.

On top of everything, my sister and I are lactose intolerant. We had heard about rennet, so we had given up cheese early on, but dairy – After we stopped eating that, we felt so much better.

So eventually, we ended up being vegan, after about eight to ten years. I know exactly when I last had meat. It was on my father’s birthday, the year I was going to be seventeen.

I have never regretted it. I’m completely happy with my decision and also very grateful for the direct and indirekt support I’ve had from my family. Even family members and relatives I’ve never met.

I realize that I haven’t really mentioned animals in this post, but that’s the basis of my decision – the fact that I love animals and I’ve always, even from a very early age, felt that I have to stand by the most helpless in society, that is animals. 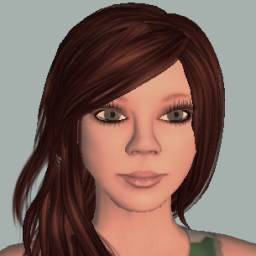